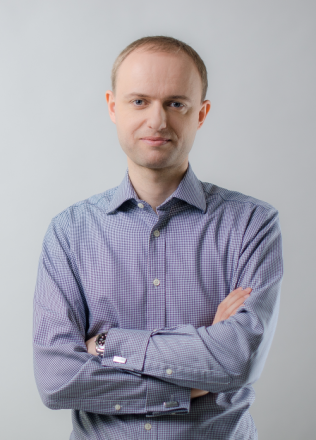 Tatum’s aim is to introduce blockchain into ordinary life. As such, we have developed a unique BaaS (blockchain as a service) platform, allowing fast and easy blockchain app development. Even without blockchain experts, clients are able to create blockchain apps using the Tatum platform in 1 to 3 days instead of 6 to 18 months. The platform has numerous features that cannot be found anywhere else. Instant transactions, microtransactions or the ability to regulate blockchain. This will help companies stay ahead of the curve in terms of tech.

Grouport’s investment will primarily help penetrate foreign markets – first the EU and then the US. Grouport is a great match for us, investing into our vision and our team. Choosing the first investor is critical. Our main criterium was the ability to help us expand our product. On top of that, we can draw upon accumulated know-how, contacts and experience.

One of the key trends in the past decades is the proliferation of technology. We have experienced the move from floors and floors being stacked with business-only computers, yet with a fraction of computing power, to personal computers in every household and high-powered computers in the form of cell phones. Hardware has become a pure commodity; however the tech proliferation focuses now on data processing. Opening up their own data base using API, yet using third-party data and technology, has allowed platforms such as Facebook, Google or PayPal unprecedented growth and global reach which bolstered their business models. „Data opening“ has become common for technology companies but is slowly moving beyond that. Governments, public institutions, financial sector and other see this as an opportunity for greater transparency, internal processes automation and creation of new business models – all in all, something that will allow their further growth. To bring together tech teams that will internally create the whole infrastructure and API is very complicated. As a result we see an increased investment activity in API development in specific industries (e.g. Rapyd or Impala).

The next building block in the tech proliferation is represented by blockchain – a whole new subsector. An economic system based on trust in decentralized relationships and interconnections. The blockchain is yet to become a standard or mainstream tech but this might change in the upcoming years. However, Tatum is not part of the hardcore blockchain projects (e.g. crypto) – it partially defies their fundamentals. It allows users to use partial centralization (off-chain layer) which allows companies in regulated industries to impose centrally set rules (e.g. compliance in financial sector). In terms of business potential, it can become a tool that will speed up blockchain adoption timewise but also reducing costs associated with development and drop in transaction costs.

The founders team blends a unique experience mix of technology development and implementation on a large scale in the financial sector – with high sensitivity in regard to compliance and regulation.

The company Grouport Ventures, a.s., ID No. 07893221, with its registered seat at Plynární 1617/10, Holešovice, 170 00 Prague 7, incorporated in the Commercial Register maintained by the Municipal Court in Prague, Section B, Insert 24209 (hereinafter the “Company”) provides asset management comparable with management pursuant to section 15 of Act No. 240/2013 Coll., On Investment Companies and Investment Funds, as amended (hereinafter referred to as “ZISIF”). The Company is registered in the register maintained by the Czech National Bank pursuant to section 596 f) ZISIF as a person managing assets pursuant to section 15 para. 1 of the ZISIF. The Czech National Bank does not supervise persons registered in this register and their activities are not subject to supervision by the Czech National Bank. The Company has a reporting obligation in accordance with EU Regulation No. 231/2013 supplementing the European Parliament Directive 2011/61/EU AIFMD. This website is for informational purposes only. The purpose of the website is not an offer or invitation to entrust funds to the Company's management or offer to buy or sell any investment instrument pursuant to ZISIF or Act No. 256/2004 Coll., On Capital Market Undertakings, as amended.

Login for investors      Login for startups